Today a blend a grain and a Scotch are polished.

Catto’s is a brand owned by Inver House. On a reasonably-supported hunch, I found an older Catto’s bottling at auction. Bottle #1 [a 1970’s Catto WLP] was a write-off so I bought a second bottle. Crossed fingers.

Next up is a 3cl blind sample, but the last 3cl of a bottle, so it still fits with the bottle polishing theme just about. The question is, which bottle? 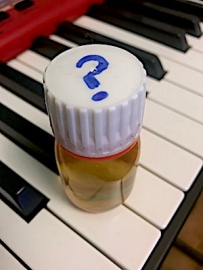 During the week [starting 16th March] of toilet paper & pasta raids, I’d been in the studio. By the end of that week, I was in need of supplies and the supermarket shelves were bare. It was scary, but fear not! My sister had sent me a lockdown package with many essentials including, most importantly, two toilet rolls! Also in the pack was this whisky sample [see pic], ironically the only thing I definitely had a lot of, but gift-horse and all that. Game on!

Colour: yellowy gold. Beading test result: flat as a pancake/no bubbles, so we must be around the 40% minimum.

We finish today’s Odds & Ends session with a grain from a closed distillery [SW].

After sharing this with plentitude [not dissimilar to a Greenore 8yo that I couldn’t even shift at a vivacious NYE party], it comes to me to polish off the bottle. It’s time. The bottle has been open for over two years and the level is low. Unlike the Greenore, this has more to offer though I’ve struggled with it all the way. As usual, this has appeared more of a hit with the wider whisky community.