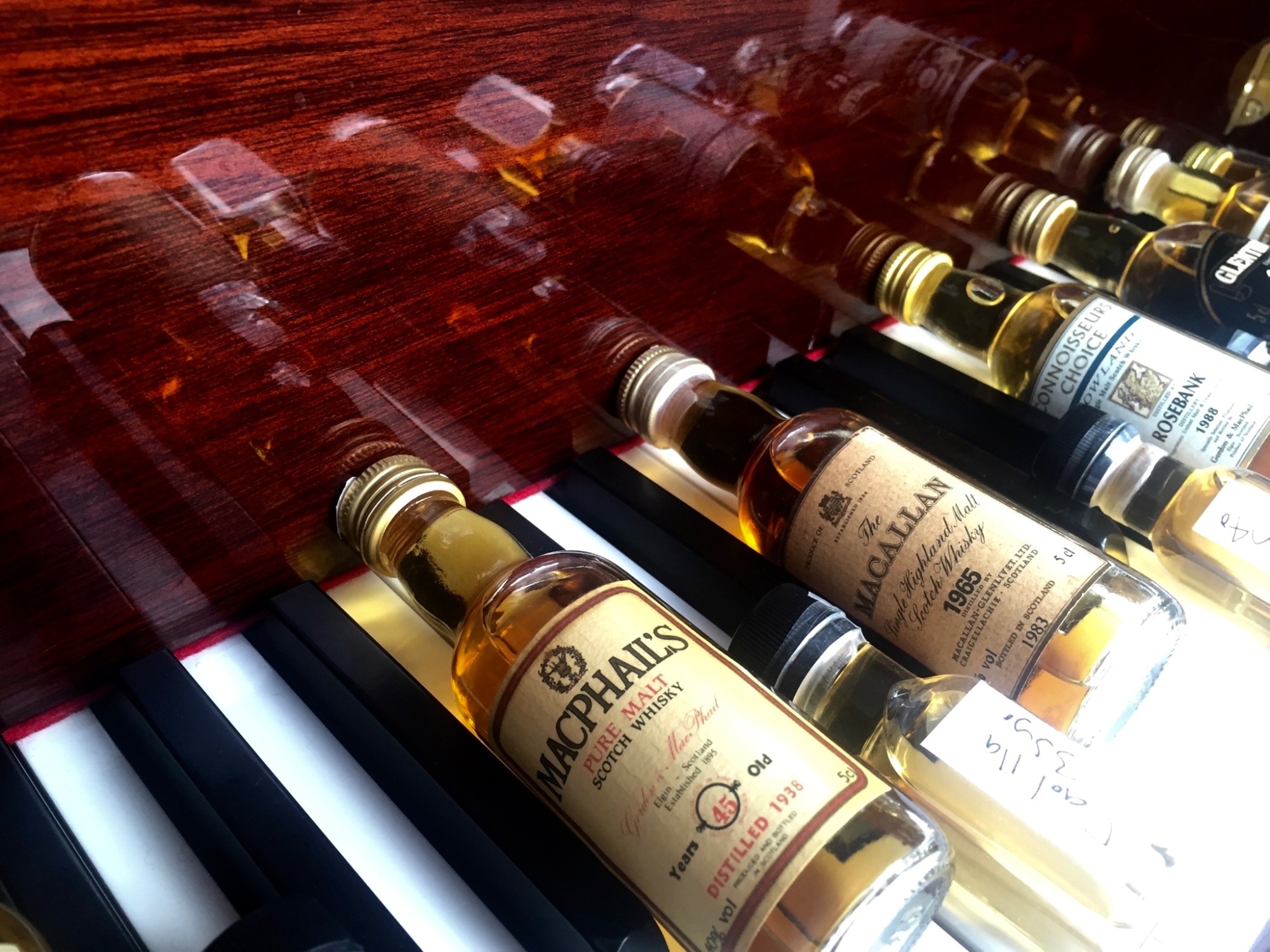 In the late 1980s, my drink of choice was Cinzano and Babycham, but never together.

In 2000, I was virtually teetotal, but numerous gigs aboard cruise ships coupled with an inquisitive nature – oh, and a free/unlimited bar tab – changed all that.
A cruise around the Channel Islands took me to Oban and my first distillery tour, but it was the duty-free market in the mid-noughties that opened my eyes [and palate] to the whisky fun. Seminal influences at that time included Bunnahabhain 12yo, Balblair 1997, Talisker 57 Degrees, and Balvenie Double Wood.

Then came my first old grain whisky – a 1973 North of Scotland – followed by a 1978 Highland Park, both of which were game-changers. Several years later, I declared myself fairly serious about whisky when it became apparent that my kitchen cupboards were completely full with bottles of the stuff. I was becoming a malt maniac.

My first trip to Islay in 2013 sealed the deal. I had developed full-blown malt madness!

Since then I have shared thousand of my tasting notes on whiskybase.com. Some of you were generous enough to encourage me [thankyou Dave Worthington] to share my thoughts and observations, and in more depth [thankyou Nick Foster]. Many of you simply wondered what on earth I was writing in my little notebooks. Wonder no more!

Please bear in mind that my scoring & views come from the point of view of a whisky loving pianist. My perspectives on whisky and other spirits are personal, totally independent, and fully self-funded.

By using this icon on my website, I am stating…