My dad bought me this for Christmas. I opened it immediately and was pleasantly surprised by what I found.

Like the Cambus [WLP], this has been lingering at a low level for too long.

PS: Whilst I’m still not sold on whisky & food pairings, I try 93.105 after a spoon of cashew nut butter! After all, I was hungry and then thirsty! The mix creates a new & sensational chemical makeup beyond any expectation.

There are plenty of old whiskies around like this. Whilst many bottlings in recent years have become premiumised and over-priced, supermarkets’ Aldi and Lidl found a working model that offered its customers old juice at low prices. One could argue that North Star Spirits sit somewhere in between these premiumised and budget models. We all like what NNS are doing and how they are doing it, but that doesn’t mean I’m an automatic fanboy of everything they release. Not all NSS bottlings are [or can be] stellar. 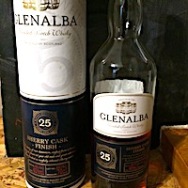 As the days turn to weeks my perspective changes. Like the nose, I find there’s a dichotomy between the subtle layered complexities that talk of rancio raisins & old dusty chesterfields, and the contemporary nature of active sherry-syruped finishing casks. Does it work? Yes, at times. When it fires, there’s all manner of olfactory joys. On the other hand, it’s occasionally all too easily relatable to the bolt-on mechanics of so many sherry-activated/invigorated old-timers and young/juvenile contemporary whiskies for that matter. However, even when it struggles to fully rise, what’s certain is there is a dignity to this blended malt that can be lacking with less well-considered presentations. Don’t add much water because it can easily drown, but adding a few drops leads to an amelioration of delectable dried fruits and oaky fruit syrups in a way that only whisky can provide.

That’s me all caught up with my bottle polishing for a while. My attention now will be to look at and work through, gems from the Old & Rare Show 2020 as well as more flashbacks from yesteryear.