For a change, let’s move to alternative spirits for a short while. As part of Rumfest 2019, there-in lay the Cachaca festival.

Cachaca is a Brazilian drink. With over 40,000 producers and 5000 brands, cachaca is by far the most consumed spirit in Brazil, only 2% of which is exported. First distilled in the early 1500’s, cachaca pre-dates rum by a hundred years or so. Like other spirits, cachaca is typically governed by preservation and protection laws. In general:

Like mezcal and tequila, there are many types and sub-categories of cachaca with differently applied rules, and like most drinks other drink categories, there is cachaca and then there is cachaca. Further reading: cocktailwonk.com: cachaca’s regulations demystified

I start my cachaca journey with Companheira. I tried four from their range of unaged & aged cachaca from 0-8 years.

Aged for a short time in Brazilian cherry wood.

Aged for 8 months in new Brazilian wood and French oak.

Some advice that has been circulating, was to look out for cachaca’s in beer style bottles. Additionally, to seek out cachaca enthusiast [and distributor of over 400 brands], Leszeq Wedzicha [tFRP]. Once located, Leszeq took me through some of his cachaca ‘specials’ that were placed in a large ornate silver fruit basket at the back of the stands. We start with a natural soft funky product.

I’m told this highly respected cachaca is very “natural”, and limited by design. 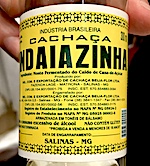 Scores,…. I’ve no idea. My instinct says somewhere around 88 points but I lack the context to fairly place this juice style on a points scale.

Leszeq Wedzicha again: “With cachaca, never look at the colour”. 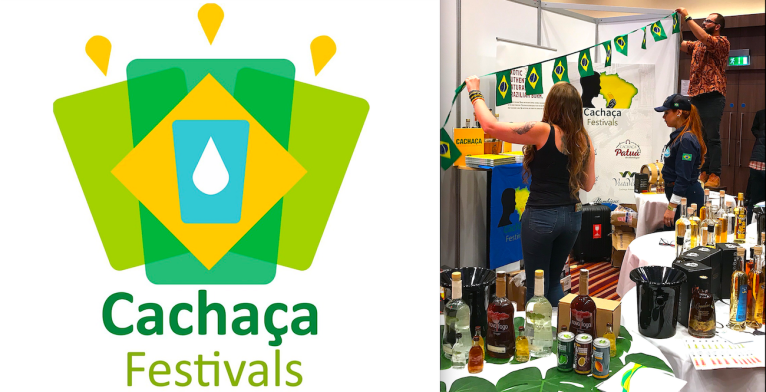