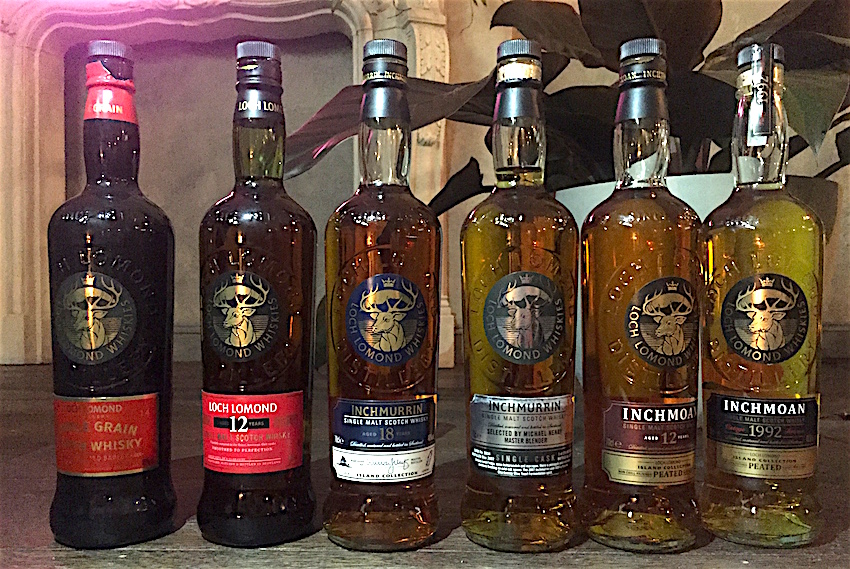 Hosted at The Joker in Brighton, this was always going to be one of MnC’s highlights of the year and Ibon Mendeguren didn’t disappoint. If you think you know how whisky is made, here comes Loch Lomond [LL] to blow your mind. 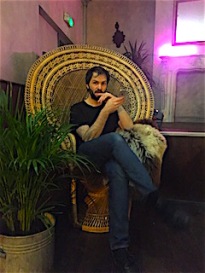 Ibon has an accent reflective of his colourful habitation, upbringing and ancestral background. He moved to Scotland 10 years ago to work in a 5 star hotel and had at this time amassed a whisky collection amounting some 600 bottles. Ibon got offered a job with LL after being asked by a gentleman in the hotel what he thought about it’s [LL’s] whisky. “Great whisky, awful bottle/label”, replied Ibon – or words to that effect. The gentleman it turned out owned the Loch Lomond distillery. 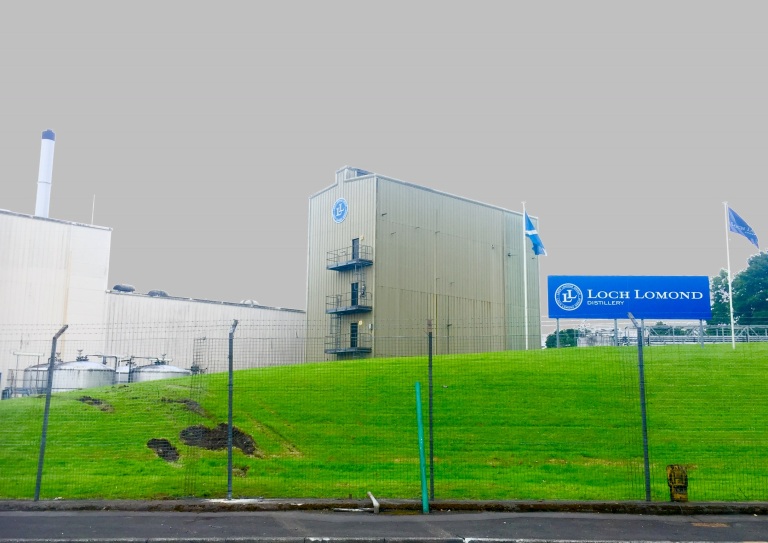 Founded by Duncan Thomas & Barton Brands in 1966, Loch Lomond was always intended to be fully self sufficient. As a result, LL is one of only four distilleries with a cooperage employing 6 coopers full time – the eldest around 70 years old.

So how much of the flavour of whisky comes from the spirit? Whilst many may typically argue around 30%, Ibon believes that at LL, as much as 50% of flavour comes from the spirit – and when you start to peel back the brewing & distilling complexities at this distillery, you begin to understand why.

The first two whiskies of the night are made up 4 of those 13 styles.

This is a 4yo single malt that can’t be called single malt because it’s produced in a Coffey still.

Standard grain whisky produced in column stills comes off the still at around 94.5%. This spirit runs off the still at 84%. Ibon says that the only other distillery making single malt from a column still is Nikka. Is Lomond the mini Nikka then? Penderyn also have hybrid stills as do Yorkshire.

Scores 81 points [3 more than before]

Made up of 25ppm peated malt and three other distillate styles from LL’s straight-necked stills. 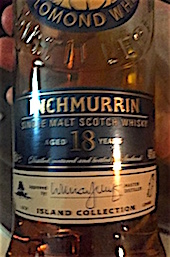 The LL group bought all the names of the islands in the surrounding area for future branding use. Inchmurrin is the biggest of those islands. This whisky is made exclusively from their hybrid pot still with a column on top that consists of 17 plates. With reflux occurring within each plate and a water jacket on top acting as a mini condenser, this process maximises the oils and produces a spirit at 85% abv, reduced to 65% before being casked.

All those yeast experiments have presently boiled down to this: South African Chardonnay – 25 kilos of the stuff per washback batch. Neatly put, this Inchmurrin is made using one yeast, one still [type] and one cask – aged for 10 years in a refill barrel.

Loch Lomond had the first charring machine in the UK, back in 1994. Charring at LL starts at 300°c, increasing to 500°c for a medium char. A 6-7 minute char at 700°c reaches [Ardbeg] Aligator levels where the inside of the cask is effectively destroyed.

Inchmoan mean island of the peat. This smoker is made up of straight-necked & pot still distillate [a 66/33 ratio], with a peat level of 50ppm. LL make a medicinal peat and a spicy peat spirit, maturing them separately for around 12 years in re-charred US casks before marrying. This process creates a uniquely different peat style.

Though frequently stated as a 25yo, Ibon says this official bottling is actually just shy at 24.5 years. Matured in refill US oak.

A special surprise from Ibon after this session came in the form of a Littlemill, from the closed distillery acquired by the Loch Lomond Group along with LL & Glen Scotia in 2014. Not much is known about the original LL distillery in Tarbet. Ibon tells us there are seven different Tarbet’s North West of LL, so spelling, pronunciation & a description of that place would have been crucial for directions back in the day. Officially founded in 1772, new evidence has come to light that potentially dates the Littlemill distillery as far back as 1713, which would certainly make it the oldest known distillery in Scotland – subject to the provenance of said evidence.

What a treat! A sample from an unreleased batch of 25yo Littlemill that was officially released in 2015 with a lower abv of 50.4%.

With thanks to Ibon and the Malt n Copper team. 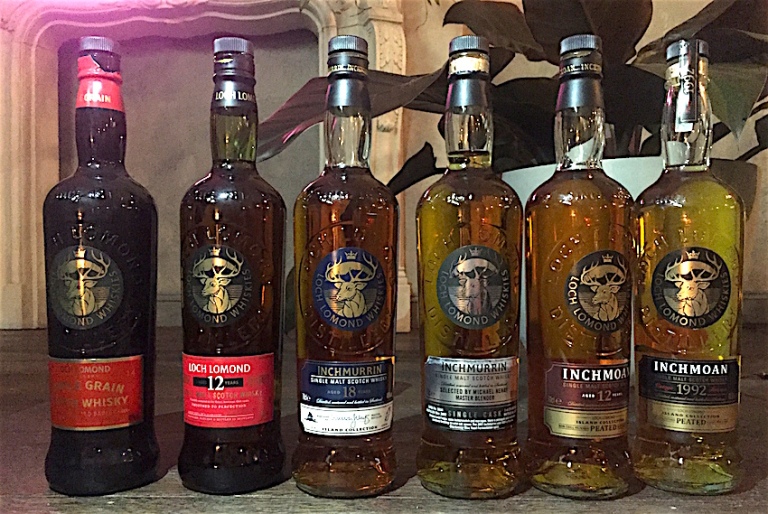