A temporary diversion from whisky this week given the Tequila & Mezcal Fest in its 5th year was one of the best spirits events of 2018, more than making up for my disappointment of the Mickey Mouse Tequila Festival [blog] that came to London in August.

Set in 12 separate rooms on three floors, the ultra-cool Berlin-esque club-styled concrete Bargehouse venue on the Southbank offered everything from cocktails to traditional Mexican products as well as music, dancing, cooking classes, historical masterclasses and an estimated few hundred spirits. A £20 ticket [pleasingly inclusive of a booking fee], gave us punters free access to a large array of artisanal tequilas and rarely seen, small batch mezcal.

Managing to visit only two rooms of the twelve, my one day at the show was simply not enough to discover it all. Next year I’ll be attending all three days. The only negative point was that of glassware. It was back to small plastic cups unless you brought your own, which thankfully I did [thanks for the heads-up Nick].

Concentrating only on mezcal, based on what certain people told me as well as copious amounts of follow-up reading, here’s what I gleaned from the festival.

Mezcal is all about:

Each agave variant can impart a very different and unique character to its distillate. Unlike tequila that can only be made from one variety of agave, the Blue Agave, mezcal can be made from a growing number of [currently more than 40+ in-use] agave varieties. Disregarding mixtos [made with a minimum of 80% agave, the rest sugars – often in cane-extract form], 100% agave mezcal is made from a single variety of agave or from a mixture of several agave varieties (ensamble) – either single-estate or otherwise. Though these mezcales in general do not contain artificial additives, I believe an ‘allowance’ is made for the inclusion of insects, fruit, herbs, honey and meat – like in pechuga for example [more info on that later].

Many of the small mezcal producers are reliant on whatever agave grows near them, often slower growing & lower-yielding varieties situated in remote climbs with typically limited harvests. As I discovered, some mezcaleros will only produce a mere 100-200 bottles a year from certain agave. Every harvest and every batch of artisanal mezcal is unique to that area and to that season, making the argument for attaching a vintage year to each batch & bottle a distinct possibility. More artisanal bottlings will contain label information such as: nearest town, altitude, agave type, habitation, soil type, water source and batch size for example. 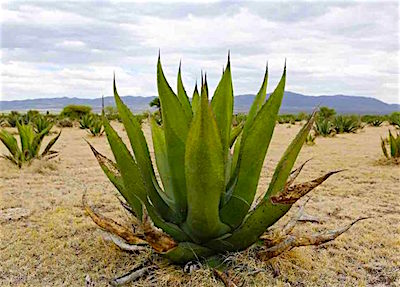 Much like the rum industry, a significant proportion of tequila is sugar-doped vodka. Mezcal is governed by strict regulations that protect & promote more traditional practises and help maintain a clear distinction between artisanal mezcal, industrial mezcal and tequilas. Mezcal production is still typically small-scale and often family-run, using production methods & farming practises passed down through the generations. Look out for artisanal mezcal or the rarer mezcal ancestral.

With a significant proportion of producers relying solely on fast growing & high yielding blue espadin agave for tequila & mezcal, problems for the industry as a whole come from reduced genetic diversity through the pre-occupation of mono-cultural farming. Being highly prone to disease, there is a real danger that the asexual blue agave could fall victim to a phylloxera-style epidemic that hit Europe in the 1800’s.

Hunting & over-harvesting of wild agave without diligent replanting programmes are serious concerns for mezcal producers further down the line. Some of the small producers see themselves, and are regarded as guardians for certain wild agave types, grown and maintained in remote & inaccessible areas. Growing demand for mezcal internationally will put increasing pressure on producers adhering to artisanal & sustainable practises passed down from generation to generation.

I learned that spirit ageing isn’t regular practise in Mexico, and that many Mexican’s traditionally start the day with joven [un-aged] mezcal. Some producers/brands present reposado [up to 1 year], anejo [1yo+] and extra anejo [2yo+] as part of a ‘colour’ range because that’s what’s familiar to consumers of rum & whisky for example. but as a later discovered, cask influence can be seen as a distraction if not an abomination, away from the essence & delicate complexity of the agave off the still. In short, ageing isn’t where it’s at for mezcal.

To the spirit! Four hours saw me visit only four stands, but boy were they good ’uns. Please bear in mind that my scoring & perspectives come from the point of view of a whisky loving pianist.

Agave growth time is around 12 years.

Agave growth time is between 25-30 years.

Pechuga means turkey chest in Spanish. Working in a similar way to a botanical basket in gin production, the pechuga is filled with macerated fruits before the ‘sacrificed’ turkey is either hung from the neck & incorporated into a third distillation, or alternatively, the whole carcass placed directly into the still as the video below illustrates:

With thanks to Tessa & co., who subsequently pointed me in the direction of Leyenda, coming up in Part 2.