There’s a new kid on the rum block. Mhoba in South Africa. Their website states: 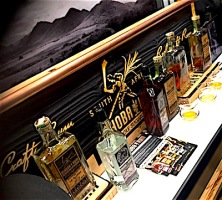 Robert tells me his distillery is ‘proper craft’. Everything is hands-on. He even hand-built the sign for the Mhoba stand [above right]. Let’s get to the juice!. 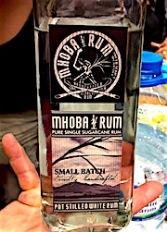 This [2016] news clip, shows staff at Mhoba toasting oak wood chips in saucepans over gas stoves for maturative use.

Using US virgin white oak, Robert tells me they are currently charring whole staves over open fires and chopping them up into strips before sticking them into 54 litre glass flagons filled with white rum. 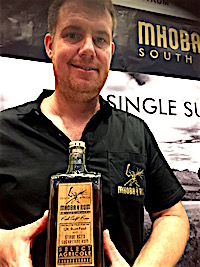 Stave-matured in flagons for 2 years.

It’s early days for Mhoba and yet already Luca Gargano has shown a firm interest in bottling their white rum. I wouldn’t be surprised to see a Mhoba Velier bottling at next year’s RumFest. 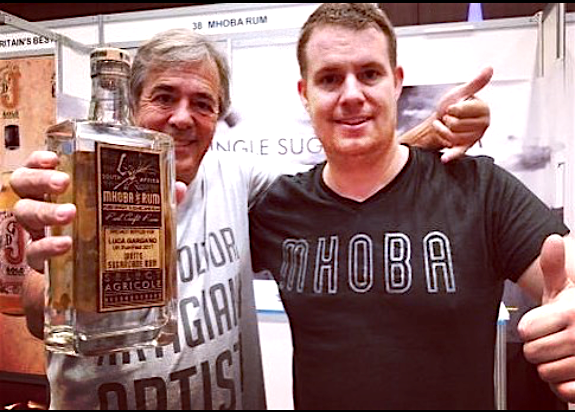