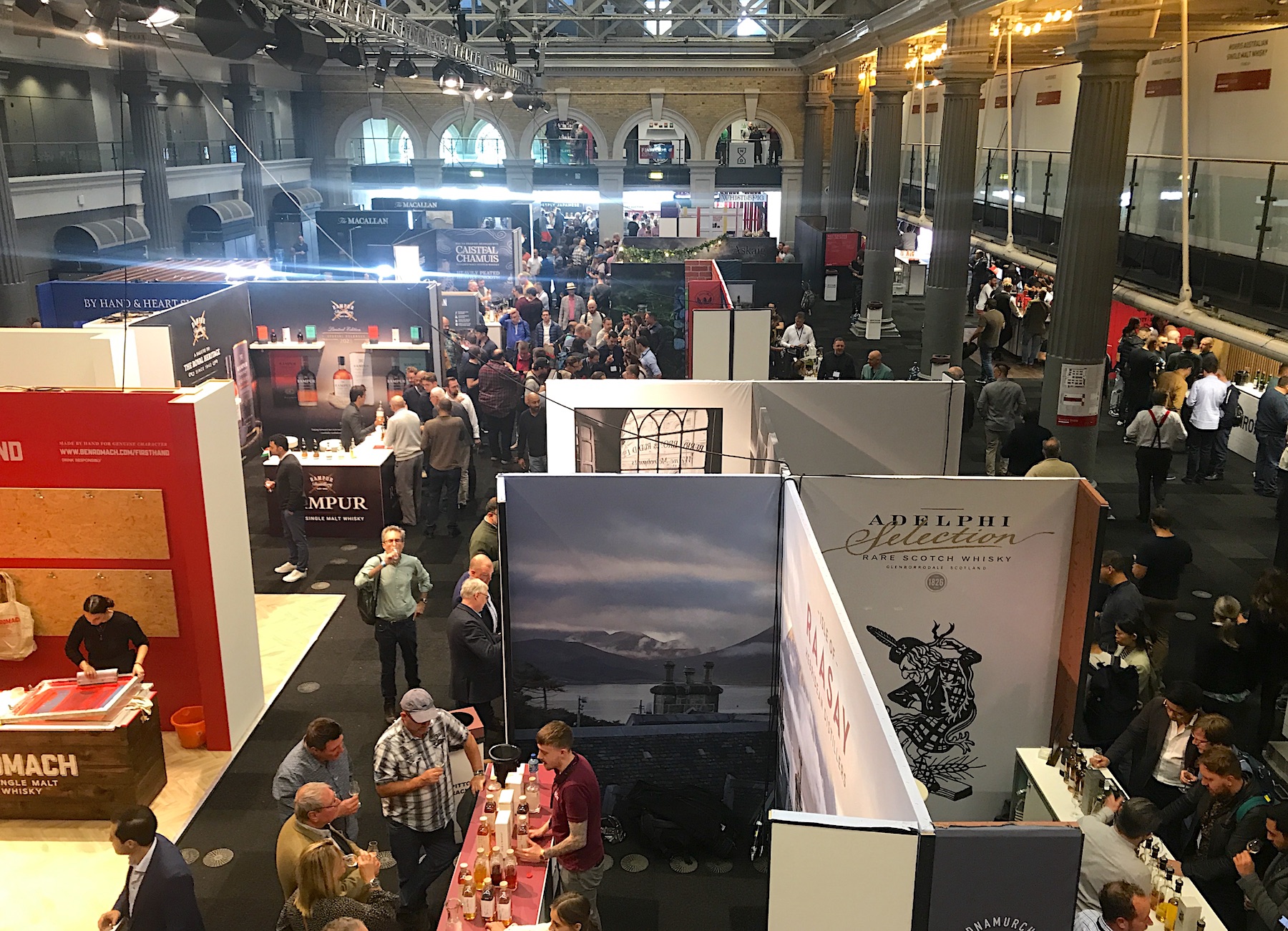 Sunday saw the biggest queues which The Whisky Show processed with aplomb. Long gone are the days of 60-minute check-in times. Also gone are the lines, 4-deep at the most popular stands in previous years at peak times. In 2022, numbers over the three days were never too much and not once was the venue congested. Bravo Whisky Show, nailed it!

Is that Crazy Golf I see? Indeed, courtesy of Loch Lomond who signed a five-year deal in 2018 to become the main sponsor for the Scottish Open Golf Championship.

As previously highlighted [WLP], good food after good drams makes one feel looked after, the icing on the cake for this superb whisky event.

It’s time to say farewell to Old Billingsgate. Whilst us mear mortals file out for another year, I catch the VIPs singing “just one more dram”.

Notably absent is the main man, Sukhinder Singh, who I’m told was in hospital. I wish him a full and swift recovery.

Today was also London Marathon day. Now early evening, a couple of ‘runners’ walk by. I think one is dressed as a giraffe. They look ‘spent’, a lot like me. If anything, the [now] 3-day Whisky Show is a test of endurance for both attendees and exhibitors. Supplements & tinctures, real food, water, and sleep are crucial.

My Whisky Show ends like it has so many times before, for so many, in the pub. For others, the gig has just begun as the clear-up operation begins in haste.

My final destination for the evening is Morden and specifically, Cafe La Lavella – the beating heart of an unknown and often misunderstood outer borough of [zone 4] South London. Cafe La Lavella is a licenced venue on a bustling street corner with table service and a diverse & very reasonably priced Middle Eastern-centric menu. Open 7-days-a-week, it’s always busy with great vibes and some banging tunes. Respect & gratitude.

Here I reflect on the last three days that started with Boutique-y on Friday evening [WLP] and all the fabulous drams I tried [82 in total].

Of course, it’s the people that make, not just whisky, but life itself.

Some were saying this year’s London Edition had seen a cognac finish, but I’m told its been in sherry after bourbon, comprised of 9 casks, one peated,

I’d missed Friday’s [strictly under-the-counter] bottle but was told there would be another bottle discreetly appearing for day 2. True to their word, Michter’s came through [unlike a number of other brands who only bought lone bottles to cover three days].