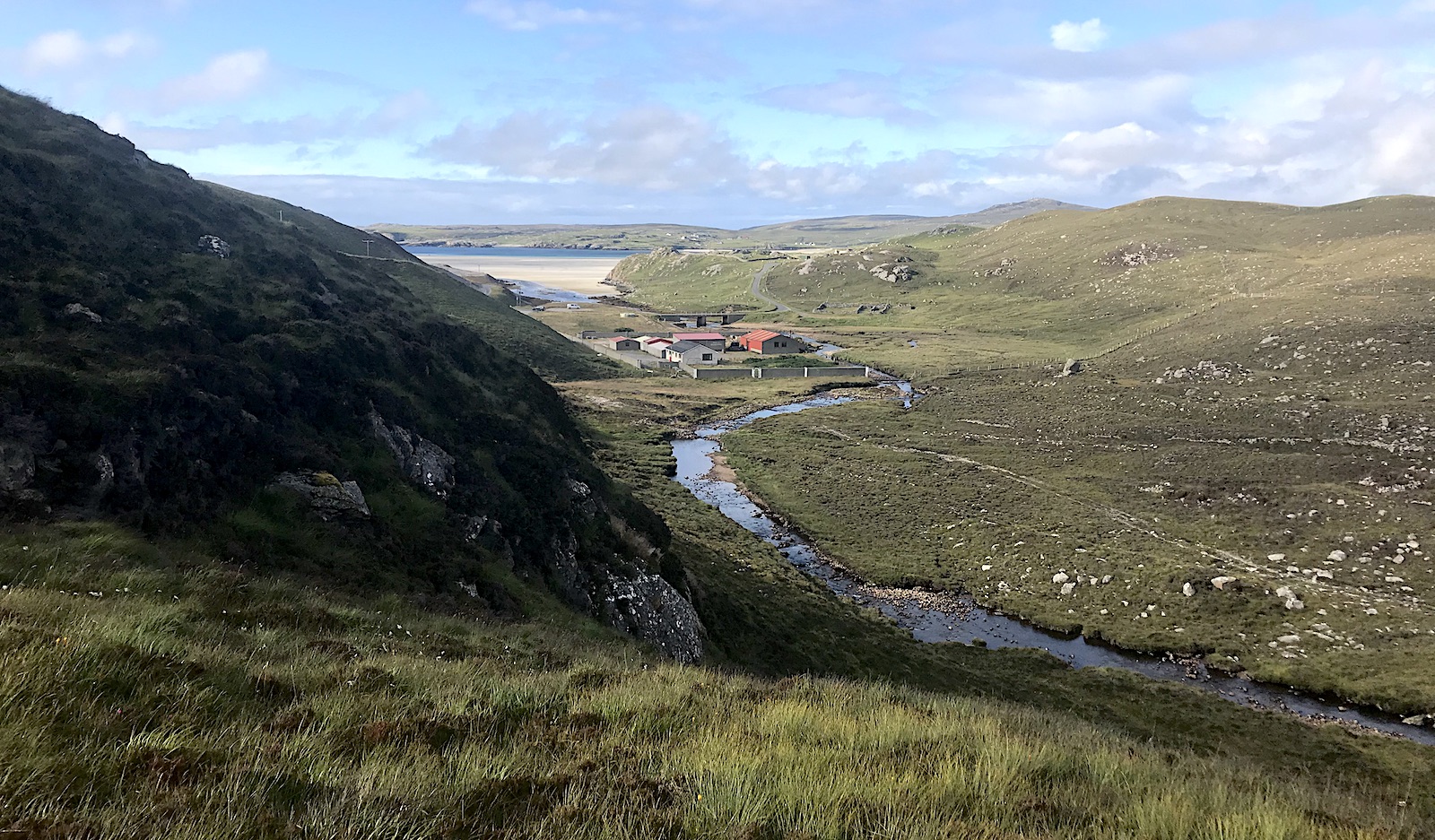 I waited two days for the distillery to open, but boy was it worth it. In fact, I was lucky they were open at all. Abhainn Dearg hadn’t seen a visitor or made spirit since the ‘situation’/’pandemic’/’non-zombie apocalypse’ struck in March, but fortunately for me, they decided to re-open a week before my arrival.

After a beastly storm in the night [WLP#13], waking up to a moderately fair day and seeing smoke rising from Abhainn Dearg’s maltings shed was a pleasing site indeed. I’m the only person present for the first tour of the week, which is perfect.

How to pronounce Abhainn Dearg is the first question I ask my guide, Laura, who has been at the distillery for five years since she was 17/18. Not only has she lived in the area all her life, she also speaks Gaelic. Here are some of the pronunciation variations I’ve come across, including hers. Take your pick:

Undisputed is the meaning of Abhainn Dearg which means ‘red river’. Interestingly, Balblair’s water source is called ‘Allt Dearg’ which means ‘red water’, and was pronounced ‘jeraag’ by my knowledgeable guide when I visited that particularly wonderful Northern Highlands distillery in 2016 [WLP]. 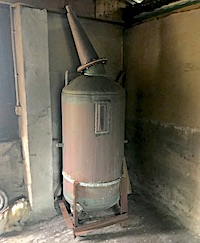 Mark – who I think might have just walked past me with a fishing rod – was in the process of overhauling all the distillery equipment before the response to the non-zombie apocalypse began. With all the economic [and emotional] doubts/fears/confusion,….. everything stopped – all orders, all upgrades, all production. By then, removed already were the tops of the still necks, the lyne arms, one of the worm tubs,… Whilst mashing, fermentation, and distillation is therefore off the cards, malting continues for the foreseeable as it’s the slow runner in Abhainn Dearg’s process. Laura tells me that they [her and Mark] have to tend to the maltings regularly, so now is a perfect time to build up stocks of malted barley.

It is hoped a full hydro-system will replace Mark’s electric car, which at the moment, is aiding part of the distillery’s power.

Now in the ‘visitors centre’, I sit at a table whilst a couple who have just arrived from London – one who did her dissertation on whisky – prop up the bar. Two chessmen guard the liquid I’m eager to try. Already enamoured by the distillery and its ethos, I’m in a good place to receive the juice positively whilst half-expecting/bracing myself for something rather wacky/freaky [after experiencing an early-released 10yo expression just weeks before [WLP#3].

Many of us hold dear the idea/image of a bygone age where aqvavitae from local farm distilleries using cranky methods was the norm. We marvel at the new wave of single estate-style distilleries making fabulous young whisky from the off – Daftmill [WLP], Ballandalloch [WLP], Bimber [WLP], Cotswolds [WLP], The Lakes [WLP], Lindores [WLP], even Arran [WLP] for example – as modern exemplars of small independent distilleries making whisky as it should be made [used to be made].

At the same time, it’s all too easy to dismiss odd-ball Abhainn Dearg and its idiosyncratic output in comparison to these highly-polished distilleries and their hi-tech equipment set up by experts such as Jim Swan et al, and forget that these are toys for rich boys – multi-million pound investments funded by suited investors and money-men [typically]. They are a far cry from working people’s illicit farm distillation operations dug into the hills, hidden from site, whisky maturing in secret cellars, pots kegs & kettles buried in the garden when the excisemen came knocking.

Is not Abhainn Dearg far closer to the old ways of farm distilling, using what they have with the resources around them and making the best of what they have? Making what they want, how they want, consider that Abhainn Dearg peat & malt their own barley as well as bottle & label their juice that has been matured on-site, selling it themselves to locals and visitors at the distillery. Of the established distilleries, perhaps only Springbank comes closest to matching and maintaining this hands-on, ‘organic’/homemade approach. Of the new distilleries [with Loch Ewe gone],…. Dornoch?

As a small, independent, local-centric, DIY distillery, Abhainn Dearg is the real deal. Not just multi-millionaires and investment bankers need apply to start a new distillery or follow their dreams. 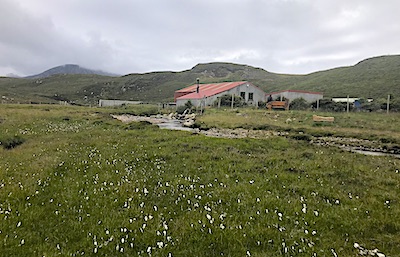 As I leave, I wave to the man fly-fishing the red river that runs by the distillery. It’s Mark. I’m told he loves his fishing. Many thanks to Laura, Mark, and the Abhainn Dearg Distillery for its very existence. In many ways, being here is the pinnacle of my whisky journey.