We are already more than 20 minutes late starting with no sign of beginning just yet, and it matters not one iota. The atmosphere upstairs at the SMWS, Greville Street on an unusually mild January evening is rather fabulous.

Tonight’s tasting is a semi-blind affair with a loose theme based around unusual things/oddities from the SMWS. After all, the SMWS is one of the most experimental independent bottlers – discuss. Some of the whiskies are from Phil’s private collection whilst some are from the manager’s shelf.

Phil isn’t wearing his infamous t-shirt. Instead, a prop is supplied. We begin. 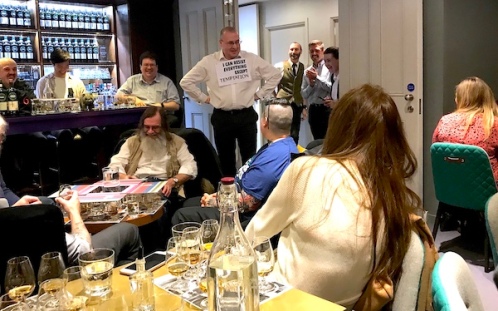 With 27 of us upstairs using six glasses each, the bar downstairs is low and requires glasses pronto! We move along quickly, finishing each dram as we go, whisky down glasses out.

Phil tells us he recommended this to Billy who was keen to buy a bottle. Turns out Phil had bought all the remaining bottles, a fact Billy hasn’t forgotten [so the story goes]. “And now he’s blown off the tasting”, adds Phil who describes this as Scottish bourbon given this was matured in a new toasted oak hogshead.

Whereas many whisky bottlers & producers may release the occasional sauternes-led expression, the SMWS are happy to do it over and over. For this Glendullan, the SMWS re-utilised an ex-sauternes hogshead for the second time.

From the Manager’s shelf.

We try this last one blind. Phil points out the large outturn size, indicating the whisky probably came from a sherry gorda, the largest widely-used cask permitted by the SWA. Further reading: SW 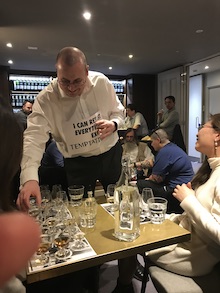 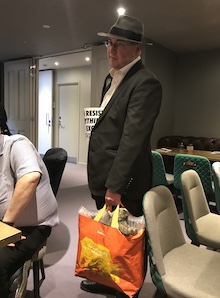 We are done. The ‘six’ SMWS-recommended pours is a few less than Phil would have liked. He tells us he doesn’t like being told what he can or cannot do. As a result, Phil has provided two extra samples – G1.7 and 29.83 – for every one of us to take away. Generous man, fabulous tasting!

Inevitably many of us continue the drinks and chats downstairs. Come back tomorrow and I’ll tell you all about it. 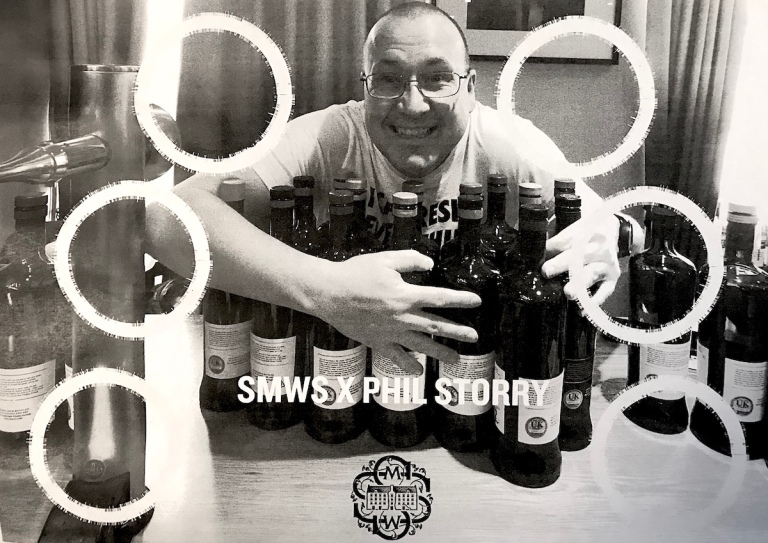 3 thoughts on “SMWS Member Takeover: An evening with Phil Storry”