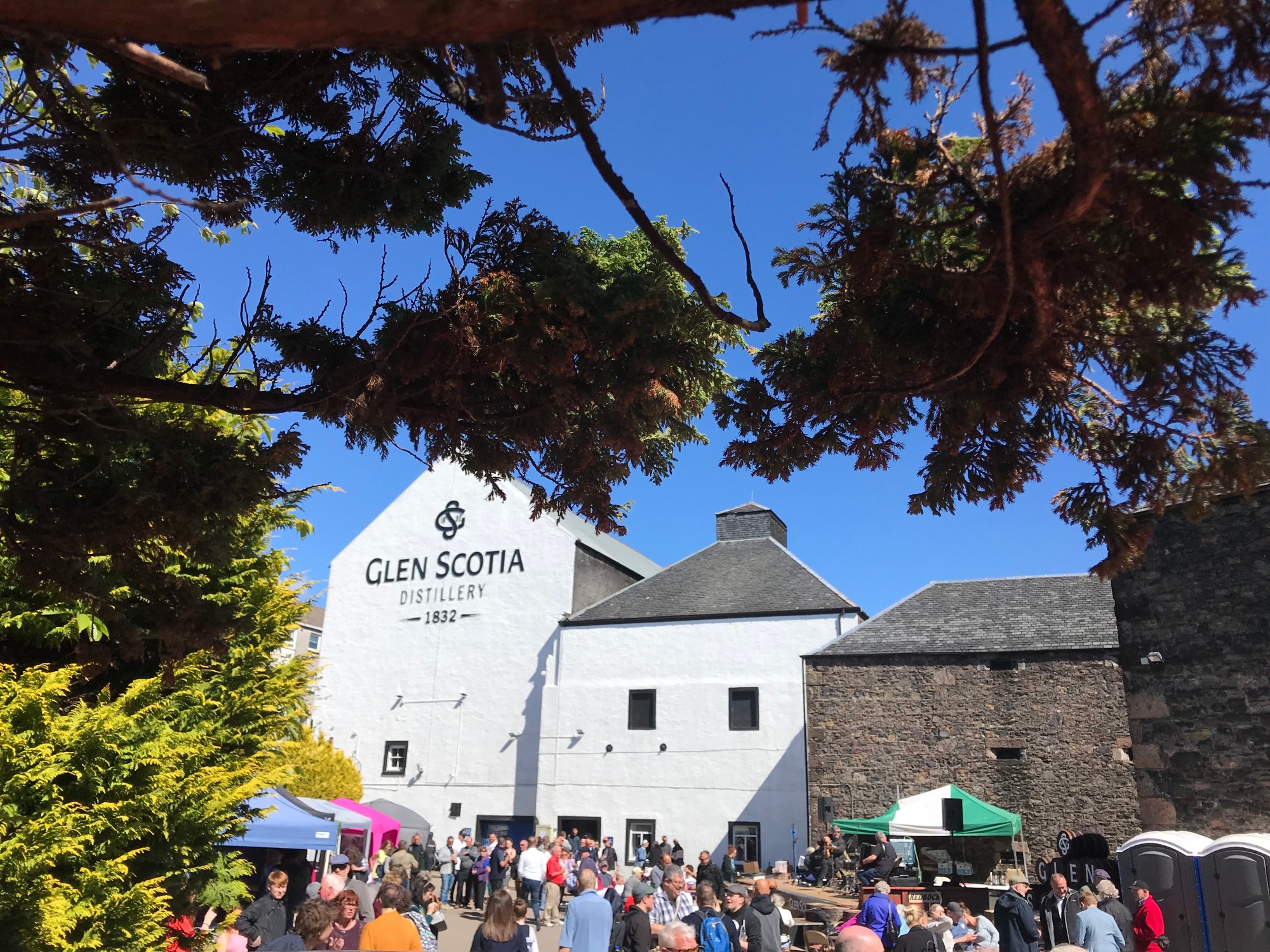 Springbank’s courtyard is a hive of activity. “Isn’t it supposed to be Glen Scotia Day today?”, asks Steve to another staff member. Before we head over to the distillery, there’s time after the Springbank Society Tasting, to nip into the Ardshiel Hotel and see John & Julie who are presenting festival drams from the SMWS.

I overhear someone reminiscing over their first life-affirming journey to Campbeltown whilst they sit for a caricature. His trip consisted of a cross-country train to Glasgow with a connection up to Oban, a coach to Kennacraig and then a ferry to Campbeltown. This year he flew. He spoke only of the convenience.

With bottle in hand, we say our goodbyes and make our way through the pretty backstreets of Campbeltown and onto Glen Scotia. On the way we pop into Cadenhead’s to uncage a 2004 14yo Springbank. 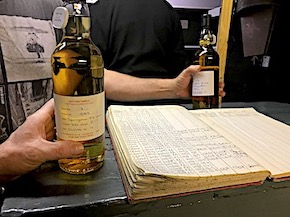 The sun appears almost as brightly for Glen Scotia as it did last year. It would appear that Ibon is on cocktail duties for the day. It seems he can’t make them quick enough. In age order we prepare a 7, 12/13 & 19yo Glen Scotia festival flight.

Scores a solid yet ok 79 points.