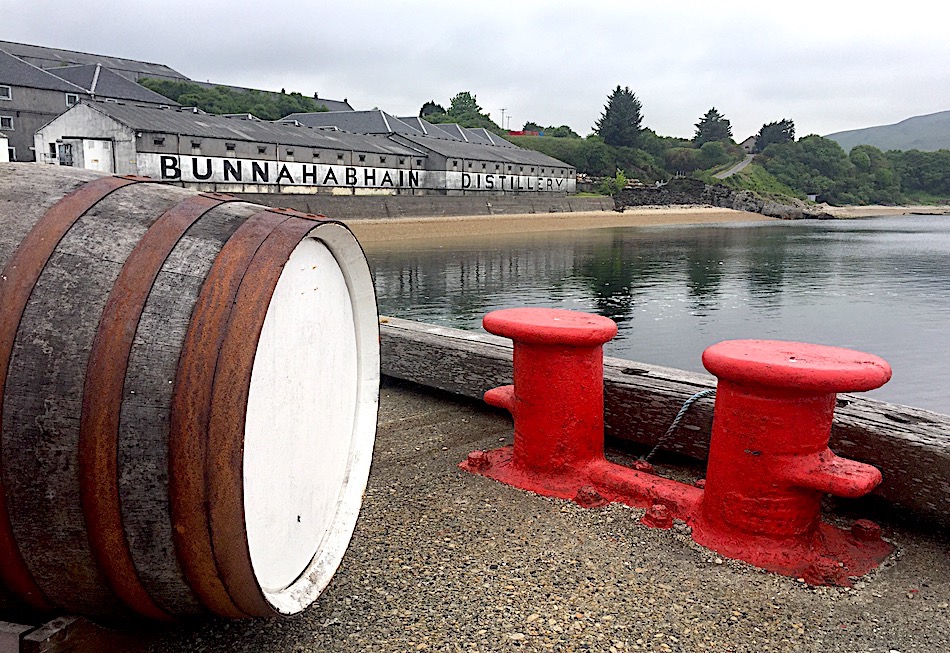 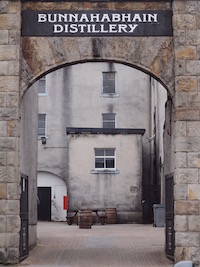 Let me start by saying I have a soft spot for Bunnahabhain. The 12yo was one of my ‘enlightenment drams’ way back in the early 2000’s. As well as opening up my palate, I liked it for its colourfully rounded & rugged character, rather reflective of the distillery itself. From next year, an £11m makeover will transform the distillery from it’s grey war-torn visage and structure, though I’ll miss the ugly duckling buildings & hickledy-pickledy layout. As for knocking down those fishing cottages, I thought they’d be listed!

After finding an idyllic spot for the night [see pic below], I wasn’t driving for once. I was here to enjoy myself and enjoy myself I did – eventually.

However, at the beginning of Bunnahabhain’s Open Day, a uncomfortably loud PA system wasn’t going to help my morning grouchiness. The lead singer reading lyrics from a tablet [maybe a dep] was far less forgiving than the 15 minutes of almost constant feedback, a record I never want to hear beaten. The band stopped & started, the sound engineer stressed and punters abandoned the courtyard for the midgy-ish bay. No one writes about it, but stall holders [in their own words] were “pissed off“! 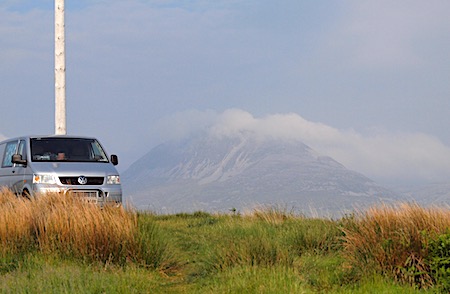 With more than a 100% mark-up on a full bottle, the prices of festival drams at the bar were incredibly un-festive. I’m glad I had bought along a 15yo limited release vintage Balblair, a quarter of the price of Bunna’s 15yo Feis Ile Spanish butt.

As for Bunnahabhain’s ad-hoc paper-system for ticketing and events – farcical, and so Bunnahabhain. Booking sheets blowing away in the wind, extra places being added whilst others were crossed out by hand on some sheets and not others, led to a confusing pickle on the hour every hour. Fortunately everybody was in good spirits and we muddled through with smiles & smirks on their faces. I even managed to procure tickets for a tour and Warehouse No. 9 tasting. Until then, there was only one thing for it. To the bar!

Ignoring the [still available at the distillery shop a year later] limited release 2002 15yo Spanish oak Feis Ile bottling for £220 [or £20 for 2.5cl WB], I went for something more affordable. I’m sure everyone else knows about Cladach, another one I’ve passed by. I could have asked about the cask types and everything, but who really cares how many mega pixels your camera has if you’re pleased with the results right? Yeah, that’s the mood I was in.

SW says: ‘Bunnahabhain’s main attraction is the annual masterclass hosted by distillery manager Andrew Brown and senior blender Dr Kirstie McCallum in the filling store. Featuring a range of cask samples, the class is a testbed for future Fèis Ìle releases, as well as for new expressions from Bunnahabhain due for release over the coming year. ‘A few of these may become future limited editions,’ Dr McCallum told the room. ‘So please get involved and let me know what you think.’

As people started filling out of the filling store, so did the juice. I got to try this twice – blind.

Another experimental whisky featured at the annual masterclass. Potentially to be released in 2019. I was told by a masterclass attendee that this contains 18% rye. True?

Next up came the standard tour with a complimentary glass of Bunna 12 in hand. Nice! Like an episode of The Unbelievable Truth, here are some titbits from our tour guide. Believe what you like! 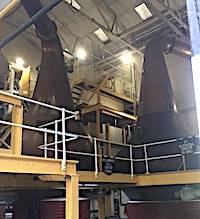 The old faithful, ha! – currently made up of 75% bourbon-matured juice.

The story at Bunnahabhain so far is one of a cask-centric tale. Lets see if we can muster a sense of distillery character from the Warehouse No.9 tasting up next. 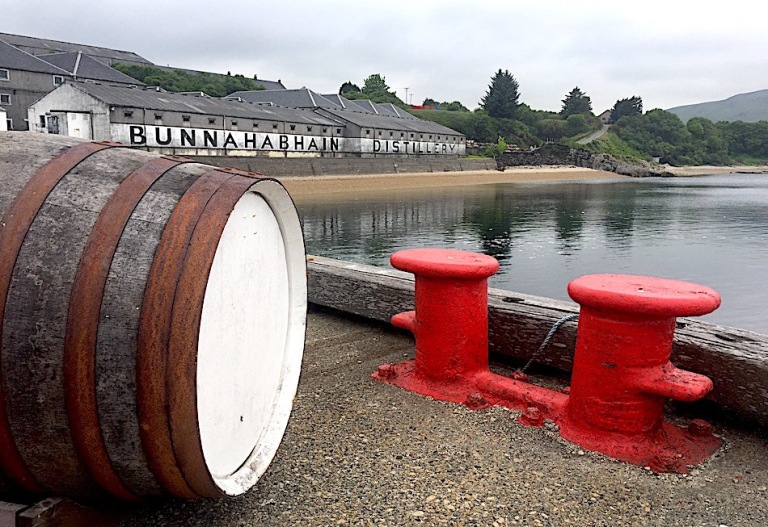