“Winter is knocking on the dunnage door. The nights are drawing in and there is a chill in the air. What better excuse to settle down with a warming dram?” [MnC]

It seemed strange to start with a high strength Mannochmore when there was an Auchentoshan, for example, in the line up. As we went along however, the logic behind that decision became evident.

Situated within the heart of the vast Midleton Distillery, Method & Madness is a micro operation, set up for experimental purposes. Chestnut is very porous which means casks are more prone to leaking than oak. I recall Tony Reeman-Clark from Strathearn distillery [blog],
telling me that chestnut wood had to be handled with great care, as it can easily dominate.

I hear this is a 16yo Glenfarclas, but realise this is old news.

So why didn’t we start with this commonly recognised lighter-styled malt? There’s nothing like a favourable rousing finish, and given the strength, this can easily hold its own.

Established in 1974, the Willowbank Distillery [aka Wilson’s Dunedin Distillery], originally used stainless steel stills before new owners Seagrams replaced them with copper. It was the most southern whisky distillery in the world before being closed [by Fosters] in 1997.  The New Zealand Whisky Company acquired the remaining stocks. I believe there are current plans to build another distillery in the South Island. 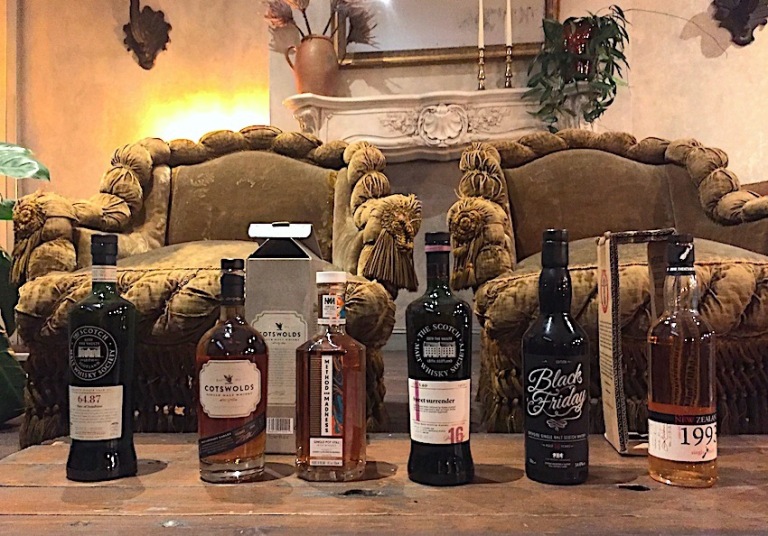