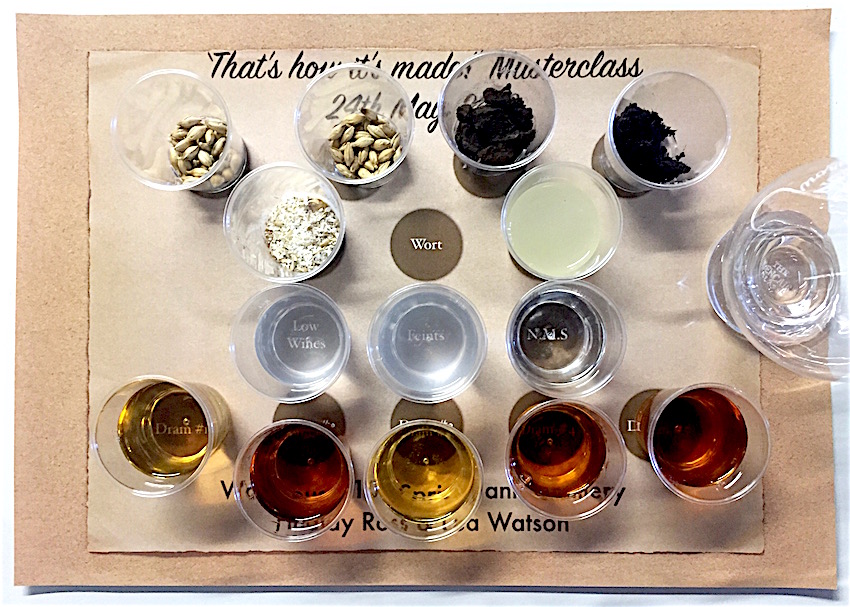 Springbank – ‘Made by people, for people’.

That’s How It’s Made was hosted by Head of Production Findlay Ross & Production Officer Lea Watson on 24th May 2018. Lined up in front of us were 14 small cups containing:

Springbank now also malt barley for Glengyle. They use standard Concerto barley, all of which is malted in-house. We are reminded that “yield is everything”, even at Springbank.

Apparently the peat sticks to the husk more than any other part of the grain. Whilst Springbank retain 20% husk, it is suggested Ardbeg may well retain a higher proportion for a smokier result. Also, apparently moist peat helps the phenols to ‘stick’. 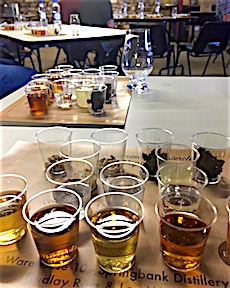 We are told that 65% of wort is maltose. Dextrin’s give body which is importantly maintained in beer making for its mouthfeel amongst other attributes. In whisky making, dextrose is obliterated during the process of extracting as much sugar as possible.

Feints we are told, give off undesirable lipids for example, whereas tails result in too much water extraction.

The last 6 samples consist of Springbank’s new make spirit, and five malts – only one of which [I believe], has been bottled.

Not scored, but scoreable.

Bourbon matured with a little sherry comes this 10yo vatting from 2005, recently found in the label store.

I didn’t ascertain any further details.

This was literally found recently in a cupboard.

After a brief snifter in the festival queue [Blog82], I get another bite of this cherry.

2 thoughts on “Springbank masterclass: That’s How It’s Made”