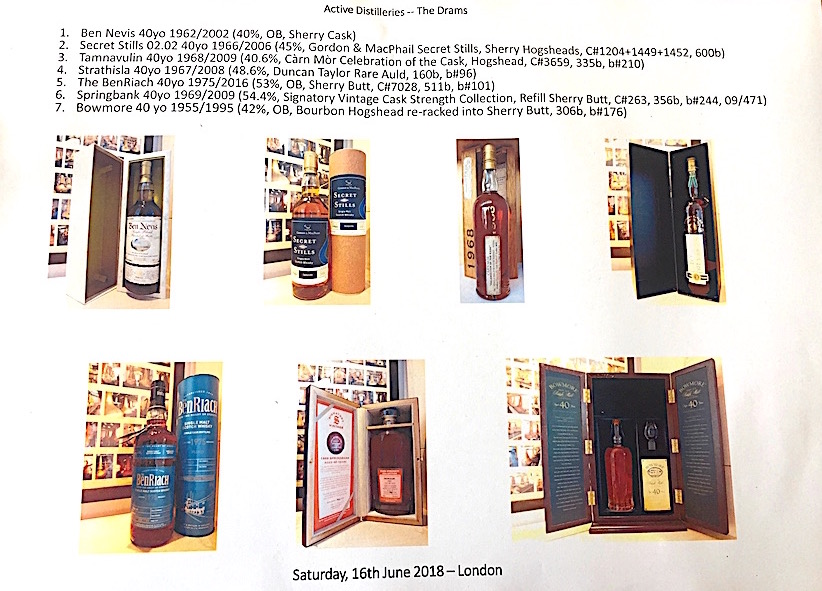 An aperitif is accompanied by an impromptu rendition of a traditional song now legally publicly performable after passing into the public domain two years ago.

The song originally called ‘Good Morning to All’, was written around 1893 and first appeared in print with the ‘Happy Birthday’ lyrics in 1912.

This didn’t stop the Summy Company claiming copyright ownership of the song in 1935, a company subsequently bought by Warner/Chappell who collected up to $2million annually in copyright performance revenue until the copyright was declared invalid in 2015. A federal court declared ‘Happy Birthday’ was in the public domain in 2016.

Where was I? Aah, whisky!

So, we are here to celebrate a man’s 40th birthday, which is confusing as he is already old!? With great anticipation, here goes the [long-awaited] tasting, with a focus on active distilleries and of course, the anniversary theme

All but one were tasted blind.

Things are hotting up. Meanwhile, a Hot Tug chugs by. 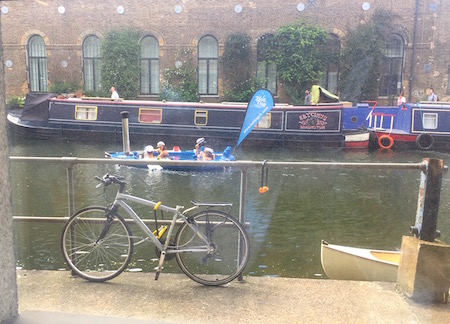 Already flying high, we are poised to take off. See Part 2 HERE