Im back at the bar for Balblair. The 1969 31yo Highland Selection 45% isnt available any more [boo], but they have a ‘First Cask’ from the 70s and two more. Ive decided to have a pair as im pacing myself, so i’ll have to pass on one. 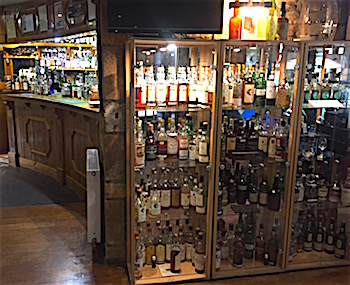 C: Sniffing from the bottle – smells a bit metallic with a sweet blended quality. Maybe against my better judgement I decided to pass on this one. What i couldn’t have foreseen is that a month later i would try cask #7285 WB, so i dont feel i missed out too massively. 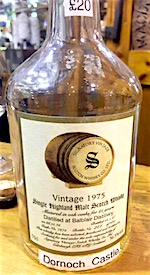 Im pondering ‘what next’, when Phil passes me this sheet and a dram – on the house! Merci.

From WB: ‘A decanter, (one of 500 produced), holding a special vatting of 104 different aged single malts from the1960s and early 1970s – the oldest being a 1961 Miltonduff. Bottled by Signatory in 1997. In presentation box with certificate and stopper’.

Not scored, not intentionally – i simply got distracted and forgot. [Mid-high 70’s possibly].

Whilst we are on blends

Its time for tea [Earl Grey]. I sip from china, pondering what the evening has in store whilst watching the de-corking master at work. 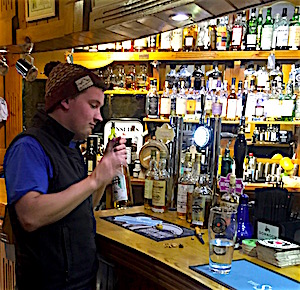 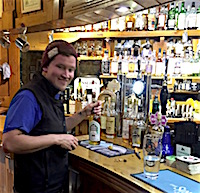