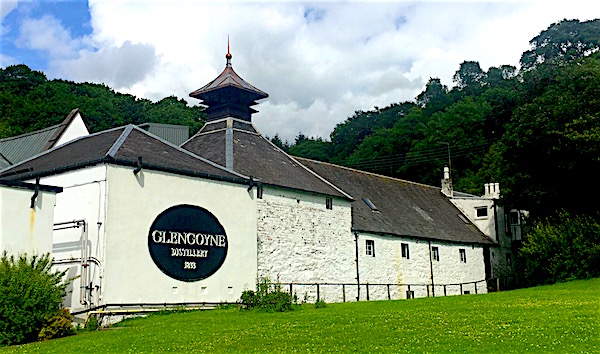 I do like a tour that starts with a dram. We begin with the 12yo.

Glengoyne [Glen of the Wild geese WC], is one of the smaller traditional distilleries [1.1mlpa], and much like Auchentoshan there’s very little automation [see left]. The distillery is currently owned by Ian MacLeod SW, making it one of the few Scottish-owned distilleries.

George Connell and the Edmonstone family made the leap to legal distillation in 1833 when they officially opened the Burnfoot distillery. The name changed to Glen Guin in 1876 when Lang Bros bought it from John MacLelland. By 1905 it was officially known as Glengoyne.

Their main water source is provided by Loch Carron whilst cooling water comes from the Blairgar Burn. In total, Glengoyne use 2.6 million litres of water each week which equates to 100lts of water required to produce one bottle of whisky, apparently!

Glengoyne is situated in a beautiful spot in Stirlingshire. Despite being in close proximity to Lowland distilleries Auchentoshan, Loch Lomond & Annandale, the A81 that runs right through the heart of the site represents the boundary between the Lowland & the [central] Highland whisky regions – dividing this [Highland] distillery and its [Lowland] warehouses/filling station. A unique situation no doubt, what other distillery can lay claim to having its on-site warehouses in a different whisky region to its main distillery buildings? Though less romantic-sounding, it would perhaps be more useful to designate a Midlands region that could include Deanston and Tullibardine as well as reuniting the Glengoyne distillery with its casks. 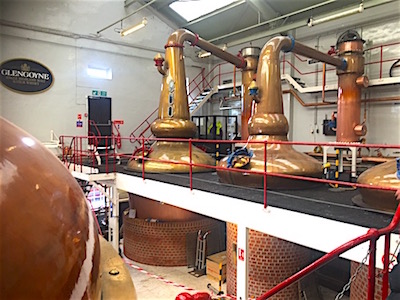 Glengoyne hasn’t malted their own barley since 1908 and their malt contains no smoke.

Their 6 washbacks are made using single pieces of Oregan pine, 5 metres in length. They are all equipped with ‘vegan’ blades.

Like Auchentoshan & Annandale, Glengoyne has three stills. Like Annandale [& unlike Auchentoshan], there’s one dedicated wash still & two spirit stills – both with reflux bowls to increase the copper contact.

Glengoyne have bucked current trends and maintained their age statement policy, ageing all their spirit for a minimum of 10 years. So no NAS then? – almost. Their ‘Cask Strength’ series and ‘Teapot dram’ are currently their only NAS expressions. Otherwise, their core range sees a 10, 12, 15, 18, 21 & 25yo as standard with a character throughout that relies on a decent proportion of European sherry oak.

Given I was driving, I took the final 18yo tour-dram home with me. Today I’m pairing it alongside a 17yo I have in the library. 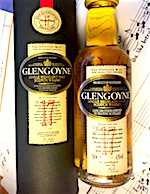 2 thoughts on “On location: Glengoyne”