This low key mission is similar to my recent Coleburn session blog, with two G&Ms & one Cadenhead – with the addition of the official 15yo. Today, vintage order protocol is observed. Isnt it amazing to be drinking whisky distilled in the 1960s for the price of a pint?

If like me youre not a huge fan of the 15yo or the abominable Winters Gold, chances are Dalwhinnie isnt one of your favourite distilleries. The distillery has in the past released alternative ‘unique’ NAS vintages under their ‘Distiller’s Edition’ range that spanned the years 1980-2000, less frequent presentations under series titles such as ‘Manager’s Dram’, ‘Cask Strength’ and [Diageo] ‘Special Releases’ as well as one-off vintages & alternative age statement editions – an 8yo & a 16yo for example that i believe were available in the 1970’s-80’s. These alternative Dalwhinnie expressions however are sadly are few and far between, and for most of us the official 15yo stands alone in representing this aesthetically beautiful old distillery.

And there are only very few independent bottlers who got to present Dalwhinnie in a different guise, namely:

,.. though im sure/hope we shall see a TBWC bottling soon enough.

Before I explore three of these independent releases, first lets have a quick reminder of the official 15yo. 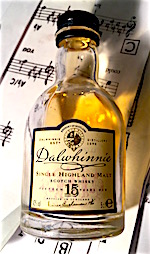 According to WF/MM, the distillery profile is/was:

There seemed to be a common thread throughout todays flight but one that spelled out a different profile:

According to SW ‘The heaviness of the sulphur means that it takes 15 years in refill casks for Dalwhinnie to emerge fully‘ – so it makes sense that the complexities shown from these three independent expressions has likely come from even older-matured spirit. Thank goodness for the independent bottlers, may they continue to thrive!