It was such a beautiful morning in London i decided to walk from Bank to Greville street.

I passed these two signs on a lamppost on the way there.

I assume down-loading is permitted ? 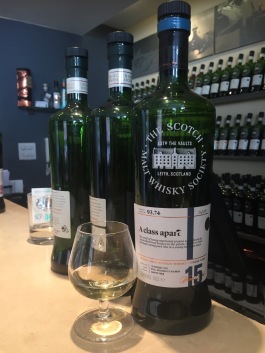 The SMWS in Greville Street always seem to have 64-Mannochmore left-overs behind the bar. Some are better than others of course, though there was a decent run of them in 2016, scoring on average around 85-86. Let’s finish this session with one of, if not the last SMWS Mannochmore releases of 2016.

It’s ok to have some duffers when the calibre and consistency within a large range of monthly releases is high. Let’s do it all over again next month shall we.