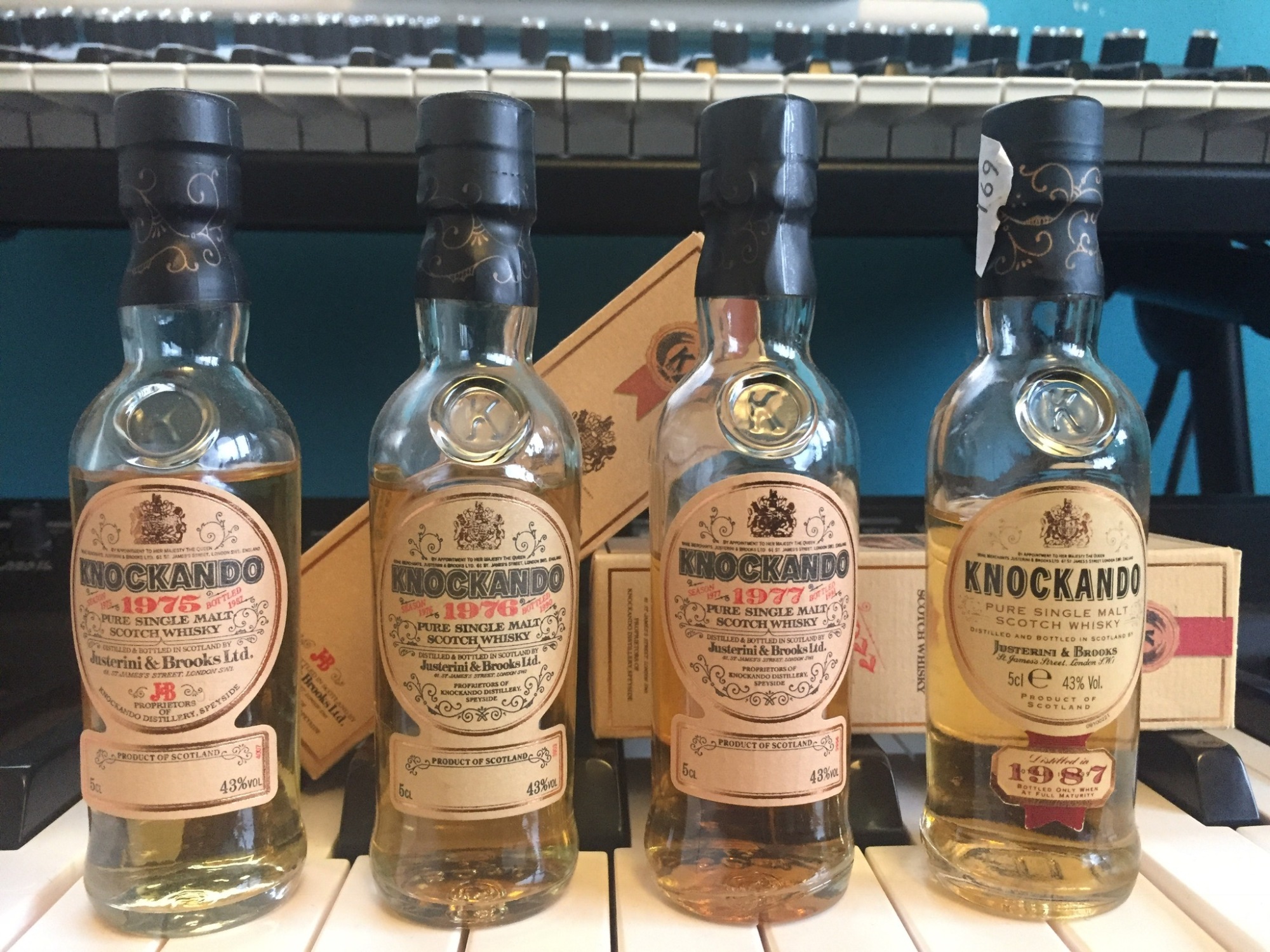 For similar reasons as Deanston [link], as i’d only ever had one Knockando before, i thought it about time i improved on that situation with immediate affect.

Probably bottled in 1999 as a 12yo, these Knockando miniatures are much taller than your regular size 5cl sample bottles and come with corks – two of which had to be pushed in rather that popped out. Still, these minis weren’t designed to be kept for 18 years and more in the case of the later vintages i’ll be trying today. 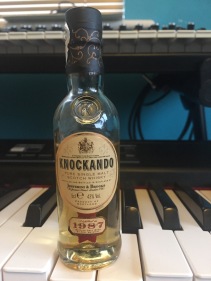 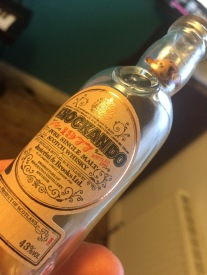 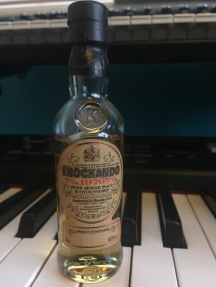