March gets messy, but it was such fun.

Before i have time to decide on the next dram, I’m passed an Imperial from ‘private stock’.

On Whiskybase there are only three Imperial recorded releases in 1993 and fifteen in 1994, all independent bottles. On the other side there are seventeen and twenty three expressions submitted for years 1996 and 1997 respectfully. Im not sure what happened in 1995 but it seems it was Imperial’s first and last flourish before the curtains were drawn – like the last great bloom from a mature blossom tree living it’s final season. For the year 1995 there are no less than 183 expressions acknowledged on WB, again all independent bottlings. Demolished in 2013 [to make way for Dalmunach], Imperial didn’t actually make any whisky after 1998. This is only my fifth Imperial and i’m delighted. 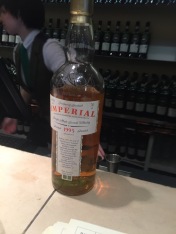 And then there were three! How will i manage?

Glen Keith sits directly behind the Strathisla distillery, both of which are owned by Pernod Ricard but commissioned in the 1950’s by Seagram’s Sam Bronfman, to cope with the growing demand for it’s blends such as Chivas Regal, 100 Pipers and Passport. Mothballed in 1999 and seemingly closed for good, it reopened again in 2013.

It’s time to get cracking on with the SMWS outturn, i still have four more to choose from my allowance of five.

Then i’m given this one.

Back to my outturn dram #3. Are you keeping up? 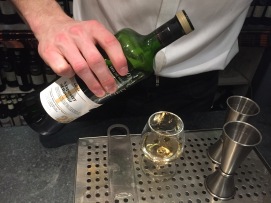 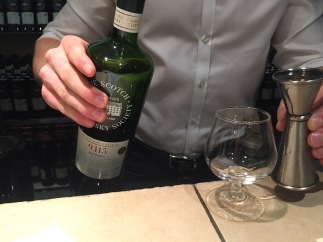 With yet another display of generosity from the table I’m passed:

This is official my last outturn dram of the night, which is good because i must be close to my limits.

But i can’t leave without trying the Jura – another generous offering.

That’s more than enough for me. I believe i also had the Cragganmore but i don’t recall it and i didn’t make any notes for it. It only leaves me to thank Phil, Jeff and Heidi for their generosity throughout the night. Later on I find myself announcing to the world [restaurant near Charing Cross], that this will be my last ever pizza – before boarding the last train out of London, falling asleep, missing my stop and ending up shelling out pounds and pounds for a cab from Dartford back into zone 3 – doh!