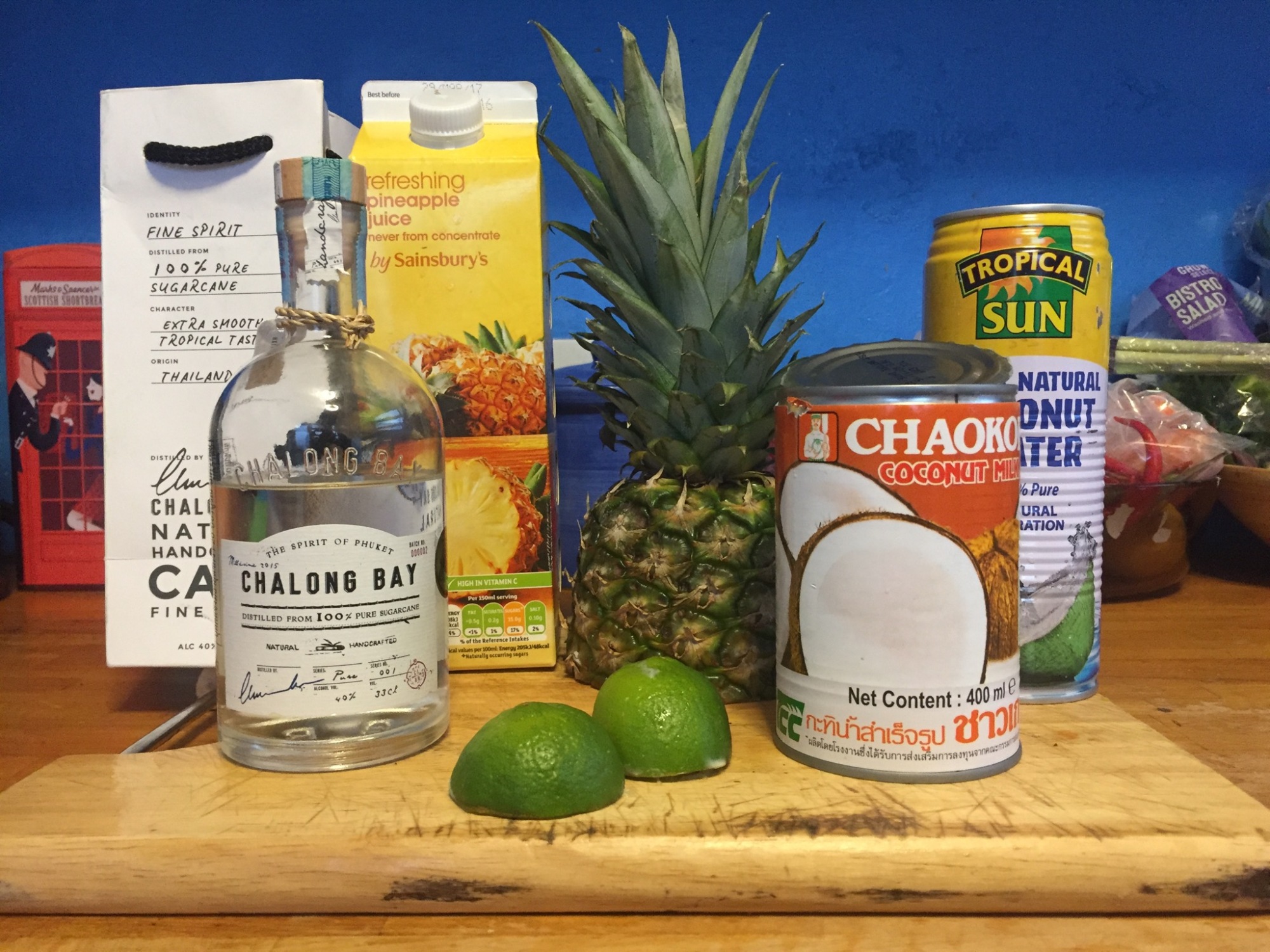 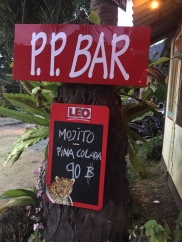 When was the last time you had a Pina Colada? Probably a while ago given its unfortunate association with naff, boozy, sunny foreign holidays accompanied with an equally tacky assortment of paraphernalia in the glass including sparklers, glacier cherries, mini parasols and colourful plastic flamingo stirrers. I blame ’Sex on the Beach’ and the ‘Tequila Sunrise’ [though i’m no party pooper], for sullying the name of this glorious cocktail although it’s likely that the ‘disco’ version of the Pina Colada, namely Malibu and [Britvic] concentrated pineapple juice may have put the final nail in the coffin for you and this retro classic. But i say it’s worth a revisit and a closer look into the origins of this tainted cocktail. After all it’s essentially, pineapple, coconut and rum, whats not to like? – especially at this price!

Folklore tells a story of a Puerto Rican pirate called Roberto Cofresi [wiki] who it is said administered a Pina Colada of sorts to his shipmates back in the 1800’s, much like Edward ‘Old Grog’ Vernon started doing with Daiquiri in the late 1770’s to boost morale aboard the naval fleet as well as reducing drunkenness and scurvy. Whilst Edward Vernon’s rum ration did indeed exist in the Royal Navy right up until 1970, there’s very little evidence to back Cofresi as the creator of the Pina Colada. Dave Broom [in his book Rum: The Manual], explains that the Pina Colada, like rum, had it’s origins in Cuba with a refreshing and simple drink of pineapple juice poured over fresh ice. It’s named Pina Fria which literally means ‘cold pineapple’. Strain the juice and add rum and you have what is now referred to as Pina Colada, served ‘Cuban style’. 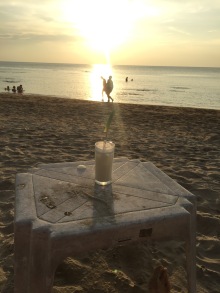 In 1922, a recipe for a Pina Colada appeared in a travel magazine [link] detailing of a mix of pineapple juice, rum, sugar, lime and ice – essentially a Pineapple Daiquiri. Adding the coconut only begun in earnest much later on in the early 1950’s with the arrival of Coco Lopez [wiki]. Coco Lopez, the original cream of coconut [not to be confused with coconut cream – see below], was invented by Ramon Lopez Irizarry [wiki] from Puerto Rico who found an easier way to extract the cream from coconut pulp using an exact proportion of sugar cane. This innovation led to the development of Coco Lopez in the late 1940’s, essentially coconut cream sweetened with sugarcane. It was found to be most favourable in beverages, subsequently appearing on the market in the early 1950’s and quickly assimilated into the food and drinks industry.

There’s not a great deal of romance at Barrachina’s slush-puppy station that’s for sure, but at least the bartender is frank about the opportunistic gains surrounding this legacy.

Whilst the modern Pina Colada is a relatively simple cocktail, getting it right for individual taste buds continues to be challenging, after all it is said that it took Ramon ‘Monchito’ over three months to perfect. Lets look at the three key ingredients, the variations and the proportions 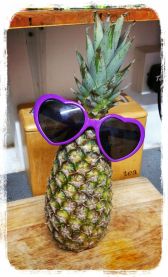 I have one rule about choosing and purchasing a pineapple and it’s this: it has to smell of pineapple. If it doesn’t smell of pineapple at all then i wont bother, and its amazing how many times none of the pineapples in the stores have any smell whatsoever, especially if supplied out-of-season. I find these odourless, sugarless, immature pineapples [big & small] never ripen and never sweeten, regardless of whether they feel softish to a thumb press. Once i’ve got my [predominantly young] but slightly aromatic pineapple home i immediately cut it open and let it sit on a chopping board, flesh down. After only a couple of days that ‘Pina’ will ripen marvellously and keep on doing so for up to a week.

I predominantly lean towards using fresh ingredients in general although fresh pineapple with its natural tartness [especially from young, immature supermarket pineapples], may require additional sugar. I find tinned pineapple [rings] too sugary-sweet whereas pineapple juice from a carton is surprisingly convenient and consistent – ideally fresh, not-from-concentrate and absolutely no added sugar. I’m currently leaning towards a combination of freshly squeezed and cartoned juice with a ratio of 5:3 or even 6:2. I’m yet to try using juice made from frozen-fresh pineapple chunks but its only a matter of time.

There’s quite some confusion around the different coconut products and which types are used in Pina Colada. I’ve spent way too many hours trawling the web to come up with this simple, practical guide.

1] Coconut water – slice open a coconut, stick in a straw and slurp. Whilst an ideal refreshment in it’s own right, it’s much to subtle and watery to use alone in a Pina Colada but fine in the mix alongside coconut cream and/or cream of coconut [see below].

2b] Coconut cream – exactly the same as coconut milk but with less water added, giving it a creamier consistency and taste. Ideal for a less sweet but still rich & full-bodied Pina Colada.

3] Cream of coconut – coconut cream sweetened with sugarcane [condensed milk territory]. Developed by Ramon Lopez Irizarry, Coco Lopez cream of coconut is the official go-to product for an original Pina Colada yet i find it overly sweet and somewhat synthetic. You may want to try a combination of Coco Lopez [other brands are available], and coconut water/milk/cream.

4] Creamed coconut – Shredded coconut flesh, partially dehydrated and compressed into a block. Great for cooking where additional water isn’t required but no use for this cocktail.

i find coconut cream is as ideal for a Pina Colada as it is for a Thai green curry. It’s creamier and richer than coconut water & milk and will tempt you away from reaching for the double cream [a la Caribe & Barrachina], although once in a while is a real treat. I’m currently experimenting with a combination of both coconut cream and coconut water with a ratio of around 6:2 in an attempt to keep my PIna Colada lighter and less sugar-intense whilst introducing a huskier taste from the coconut water. Furthermore, the less sugary coconut intensity gives space for the rum to shine. 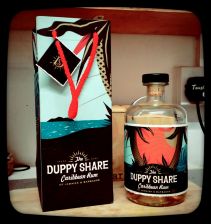 This is where the fun really starts, but a subject that this article isn’t intending to cover today. The consensus among the initiated is to use a combination of white and gold rum. As for which rum, better read Dave Broom’s rum manual. Havana Club 3 anos is consistently good-neutral white rum. I found Duppy Share rum to be rather good indeed, on its own or mixed. Rhum agricole in general seemed to clash strangely with the sugars – I much prefer saving them for Daiquiris.

A squeeze of lime for me everytime. Dave Broom also recommends a pinch of salt which i tried last night and it’s a thumbs up. Also, a drop of Angostura bitters works rather well. I haven’t experimented with Amaretto yet but I’m still enjoying that with a young smoky Islay.

There are so many [small] variations of this cocktail. In order of pineapple/coconut/rum, common ratios are as follows:

This official Caribe Hilton Hotel bar video replicates Ramon Monchito’s original recipe [or at least demonstrates what the bar serves today as the original], a recipe which includes cream. The recipe is as follows:

,… so that’s a 3:2:2 ratio, considering the cream as part of the coconut camp. However, in the book of Jose L. Diaz de Villegas, Monchito’s recipe is described with a ratio of 3:2:1 [link]. Furthering the inconsistency, there’s a Caribe Hilton press release [link], with news of the 60th Pina Colada Anniversary celebrations and a Pina Colada recipe attached with a ratio of 3:1:1.

So who knows? Whatever you go for, add ice, throw in a blender and serve as a shake with a straw.

My current favoured recipe so far is thus: 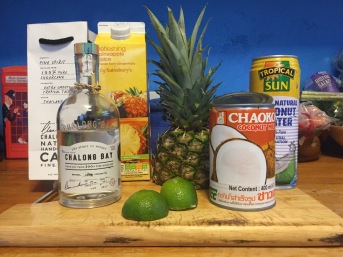 The Pina Colada became the national drink of Puerto Rico in 1978 and National Pina Colada Day lands on 10th July. ARTBARS are introducing the Pina Colada on the Toucan menu this summer. The Toucan will be a double ended Morris ambulance in tropical yellow. You can watch the progress he’s making here

2 thoughts on “All about: Pina Colada”