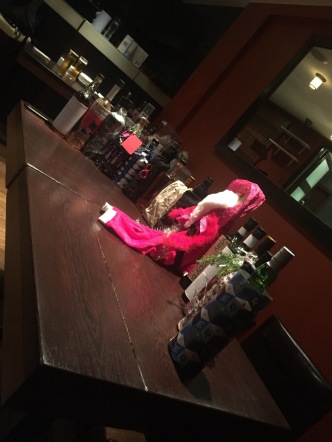 What more can one want, nothing – let’s begin!

Incredibly i managed to continue taking notes for all 17 pours, plus one extra although i neglected to take pictures after a while and info for another. Hey ho.

As a ‘squad’, we begun to work collectively on observations. Clearly 50ml is the magic malt amount that allows whisky enthusiasts to form a telepathic link. Notes for the Strathclyde up next were certainly a collective effort.

I knew Nick was bringing this, and knowing this so well i was on it straight away. 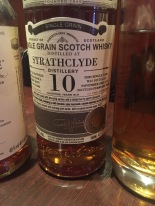 This comes from 8 different beer mashes, but i’m devoid of further info. The bottle was blank also – cunning Christmas camouflage i must say!

It’s half time and there’s probably some home nations Rugby analogy to be made here as the Welsh, English and Irish are storming it. 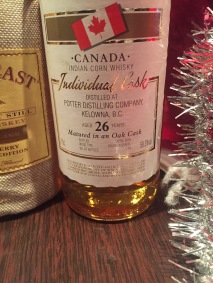 This is the bottle i brought along. From previous experience WB, this was either going to be good or bad.

Given out to it’s workers with an agreement that the bottles be consumed and not sold, yet you cant sack those that have retired now can you.

Time for the raffle. It’s fair to say i was fairly inebriated from this point on. Notes are sketchy whilst i aim for the crux whilst forgetting to take photos or detailed information down regarding the bottles. Furthermore, raffle wins are opened, it’s christmas carnage! 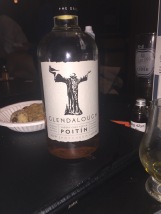 N: The sherry cask finish brings a light funk. Otherwise there’s not a great deal going on here but a note of potato. That’s a note i picked up from Echlinville ‘Ban Poitin’ that use 40% potatoes in their mash.

Prizes were duly awarded for best dressed Christmas whisky. I took second place with my Clynelish smuggled into a santa baby grow – see if you can spot it: 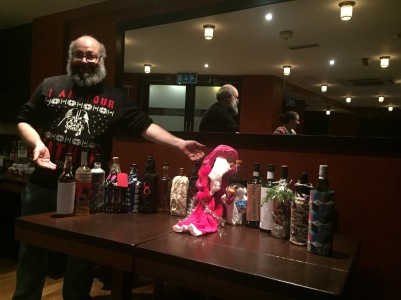 ….., whilst first prize went to a ‘Whisk-mas Tree’, fully equipped with it’s own fairy lights! 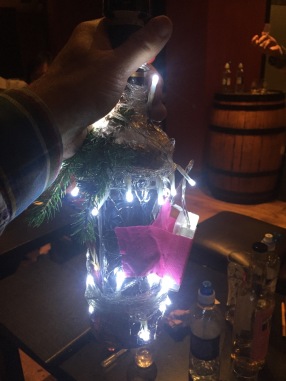 Caol Ila 11yo G&M [bottled for a whisky club] % – totally failed to get the correct info.

Thankyou so much to Billy and Elise and to everyone of us who contributed their bottles and inadvertently raised £250 for Shelter.